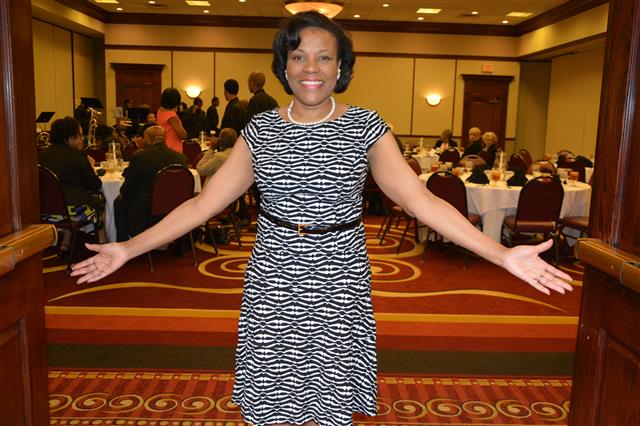 Marla McDaniels Heath has served as President of the Jimmy McDaniels Foundation, Inc. since its inception on July 16, 2009.

As one of Jimmy’s two daughters, she proves the old adage that the apple doesn’t fall far from the tree. She is an accomplished performing artist, a graduate of Indiana University School of Music and the Philadelphia Academy of Vocal Arts. She has performed with major opera companies and orchestras throughout the United States and Europe.

In her new role as President of The Jimmy McDaniels Foundation, Marla continues in her father’s humanitarian footsteps. 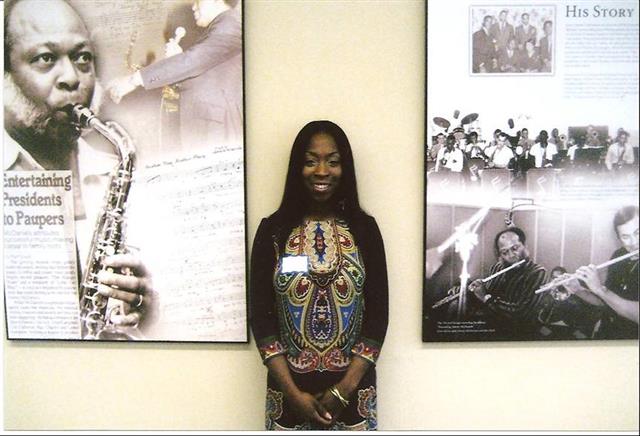 Jelise A. Roberts, President of 7N1 Studio (Reynoldsburg, OH), has been recognized by Cambridge Who’s Who for demonstrating dedication, leadership and excellence in graphic design and advertising. She is also an accomplished alto saxophonist, making her uniquely suited for the task of designing The Leader of the Band exhibit.

Jelise is a strong believer that anyone can make a difference and wants to make sure she does her part to contribute, especially when it comes to her family. This is the guiding inspiration for her involvement with The Jimmy McDaniels Foundation. As the great niece of Jimmy McDaniels, she says she has been honored to be able to use her special gifts to design this biographical presentation and created each element of the exhibit by giving back the warmth she experienced from him. “Uncle James taught me so much about music and about life, so this wasn’t just another project for me. Each picture was done with my heart and I hope viewers will not only see the pictures, but feel them too,” she says of her work designing the elements for the exhibit. This labor of love has added a new element to her growing list of accomplishments.

As the President of 7N1 Studio, Jelise has partnered with other talented individuals to fashion a multi-creative studio that produces innovative, quality works for advertising and designing projects. She earned a Bachelor of Arts Degree in Graphic Design & Advertising at the Columbus College of Art and Design in Columbus, OH.

She has been recognized with many awards for art, music and sports. She takes nothing for granted and attributes her success to her faith in God, family’s support and hard work.